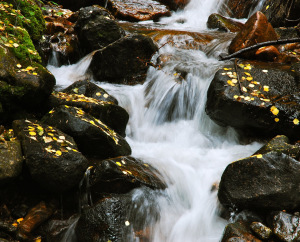 Everybody know we are evolving as human beings. Is this true? When I see how clean water has being handled I have some questions. More than a billion people across the globe don’t have access to safe water. Every day 3900 children die as a result of insufficient or unclean water supplies. The situation can only get worse as water gets ever more scarce. The world without clean water. How many times I’ve heard that. The humankind is polluting, wasting, diverting, pumping, and degrading the clean water that we have. On top of that, water has being privatized. Why? Because is becoming rare and only what is rare is valuable! The rampant over-development of agriculture, housing and industry increase the demands for fresh water well beyond the finite supply, resulting in the desertification of the earth. There are companies now saying why don’t we bottle it, mine it, divert it, sell it, commodify it. Corporate giants force developing countries to privatize their water supply for profit. Wall Street investors target desalination and mass bulk water export schemes. Corrupt governments use water for economic and political gain. Military control of water emerges and a new geopolitical map and power structure forms, setting the stage for world water wars. The following two documentaries show how the problem is affecting countries in the world. It is interesting how two documentaries show the same topic. They complement each other.


So, why can we be friends with nature? Is there any hope? According with this recent paper from nature climate:

Adaptation of water resources management will help communities adjust to changes in the water cycle expected with climate change, but it can’t be fixed by innovations alone.

The paper talks about the Pangani River, where the Tanzania Electric Supply Company has three hydropower plants. There, climate change is affecting the water cycle, changing precipitation amounts and droughts duration which is altering the way farmers, pastoralists and Tanzania’s energy company are managing water. All over the world new techniques and planning have been developed. The urban and rural development plans (sometimes) are moving away from large, static projects by combining sustainable approaches of engineering and ecology.

For the Pangani River, leaders adjusted water allocation policies with the changing needs of the communities. Still, they made water availability for ecosystems a main priority by maintaining at least a minimum flow of water to wetlands, riparian forests and mangroves to provide water for wildlife including fish, plants for medicinal use, timber and fruits, for example. Then, as the region’s population swelled, water uses for urban city centres were balanced with the needs of subsistence farmers, pastoralists and the Tanzanian energy company. That same kind of flexibility is the hallmark of the new thinking on water management. Rather than relying on large, long-lived concrete infrastructure, often built all at once and designed based on historical climatic conditions.

It makes sense. Rather than isolating water management issues within a single field, such as engineering or hydrology, the team to solve these problems should include economists, hydrologists, policymakers and engineers. Solutions have been proposed such as the redesigning of water treatment plants that can accommodate extreme rainfall, and the adding of city orchards and grassed bio-swales (which resemble marshy depressions in the land) to slow the flow of storm water from sidewalks. They will act as green sponges all over the city. Thus the water gets soaked up avoiding pumping every time it rains.

Another good example comes from Japan where it is possible to be sustainable (of course I am not talking about the Japanese nuclear power stations). Over centuries they reshaped the land where people and nature could remain in harmony. For the Japanese, it is important that they have a special word for it, satoyama, villages where mountains give way to plains. The satoyama landscape is a system in which agricultural practices and natural resource management techniques are used to optimize the benefits derived from local ecosystems. In the Satoyama villages, each home has a built in pool or water tank that lies partly inside, partly outside its’ walls… A continuous stream of spring water is piped right into a basin, so freshwater is always available. People rinse out pots in the tank and clean their freshly picked vegetables. If they simply pour the food scraps back in the water, they risk polluting the whole village supply. However, carps do the washing up there scouring out even the greasy or burnt pans. Cleaned up by the carp, the tank water eventually rejoins the channel. This documentary talks about the Satoyama villages:

In the Satoyama villages the products obtained (including food and fuel) help safeguard the community against poverty, but without degrading the land, water or other resources. Of course documentaries have a bias towards the ideas which they want to show but can you spot the difference? Also, is water public or private? Am I saying no more bottled water? Am I saying everybody should live in a Satoyama village? No. However I balance must exist between extraction and use. We need to reinvent ourselves.

Do you have anything to say? I’d like to hear your opinion.