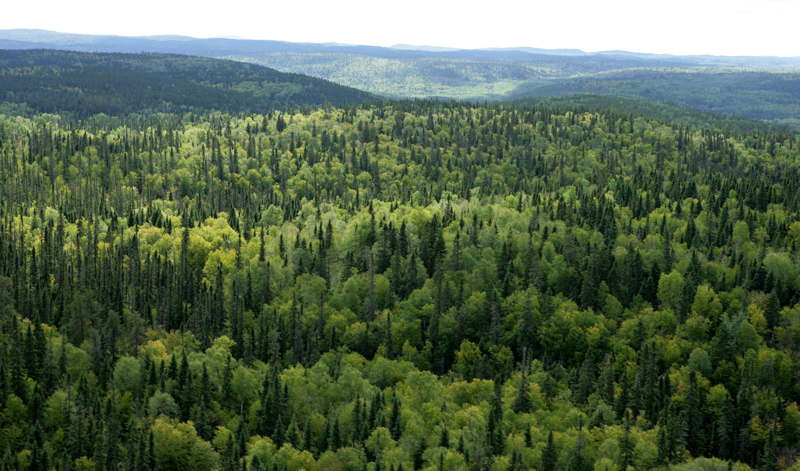 The carbon cycle is the biogeochemical cycle of the carbon throughout the Earth systems (biosphere, pedosphere, geosphere, hydrosphere, and atmosphere). Carbon-based molecules are crucial for life on earth, because it is the main component of biological compounds and the carbon cycle comprises a sequence of events that are key to making the Earth capable of sustaining life. Carbon in earth’s atmosphere exists in two main forms: carbon dioxide (CO2) and methane (CH4). The terrestrial biosphere includes the organic carbon in all land-living organisms, both alive and dead, as well as carbon stored in soils.

The key factor of the carbon cycle is the global carbon budget. It is the balance of the exchanges (incomes and losses) of carbon between the carbon reservoirs (the atmosphere, the terrestrial biosphere, the oceans, the sediments, etc ).  Chemistry regulates this dance between ocean, land, and atmosphere. Left unperturbed, the carbon cycles maintain a relatively steady concentration of carbon in the atmosphere, land, plants, and ocean. But when anything changes the amount of carbon in one reservoir, the effect ripples through the others. If carbon dioxide rises in the atmosphere temperatures rise, leading to more rain, which dissolves more rock, creating more ions that will eventually deposit more carbon on the ocean floor. At the ocean surface, where air meets water, carbon dioxide gas dissolves in and ventilates out of the ocean in a steady exchange with the atmosphere. Once in the ocean, carbon dioxide gas reacts with water molecules to release hydrogen, making the ocean more acidic. It takes a few hundred thousand years to rebalance the slow carbon cycle through chemical weathering. An examination of the carbon budget of a pool or reservoir can provide information about whether the pool or reservoir is functioning as a source or sink for carbon dioxide.

Plants on land have taken up approximately 25% of the carbon dioxide that humans have put into the atmosphere. With more atmospheric carbon dioxide available to convert to plant matter in photosynthesis, plants were able to grow more (called carbon fertilization). However plants also need water, sunlight, and nutrients, especially nitrogen. Thus if a plant doesn’t have the minimal requirements, they won’t grow regardless of how abundant CO2 is. Consequently the CO2 fertilization will reach a limit according to the amount of water or nitrogen available.

In addition a new study published in Science, Kees Groenigen and his colleagues studied what happens to the carbon after it is in the soils. It is well know that microbes decompose soil matter and thereby release the carbon back to the air. However the question is: Will this process increase, decrease, or stay the same as the climate warms and climate change progresses?  They found that:

The increase in soil C [carbon] turnover with rising CO2 leads to lower equilibrium soil C stocks than expected from the rise in soil C input alone, indicating that it is a general mechanism limiting C accumulation in soil.

Thus, in the long run, the increases in influx and outflux will essentially balance out. It means that there will be little help from the plants and microbes but it will not take up our total emissions.

Should we give up of plant trees? Of course not!  The planet should be more green than “concrete” gray. Have greener places is not only for “save the world of global warming”  but it is related to less desertification, less respiratory health issues and in addition store some of the released carbon. However it is good to know that plants and microbes will help us but it won’t save us. It is important to diminish the emissions because probably oceans will absorb more carbon. As it is a slow process it will be maybe too late when we realize the life there will be on threat because we only pay attention to abrupt changes. I am against carbon taxes, honestly I don’t think it is the solution. I think we can reduce the emissions by changing our life style. But, do we really want to do that?