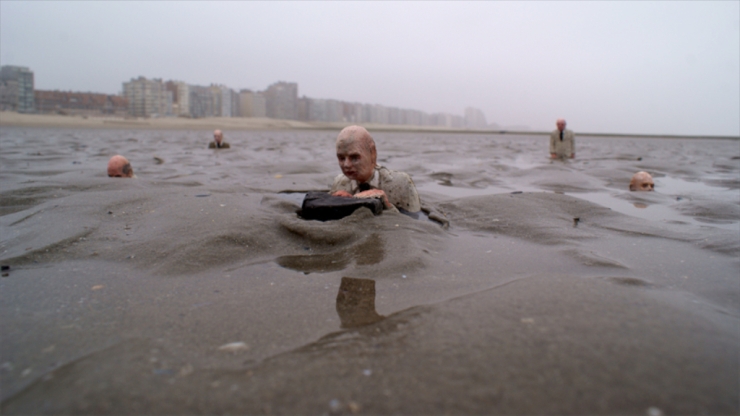 “Waiting for climate change” is Cordal’s 2012 masterpiece. Described as a “Lilliputian army which attests to the end of an era” by David Moinard, Cordal’s miniature clay figurines – no larger than 25 cm – stand passively on Flemish beaches, some up to their necks in sand, as if waiting for the inevitable rising seas to swallow them whole.